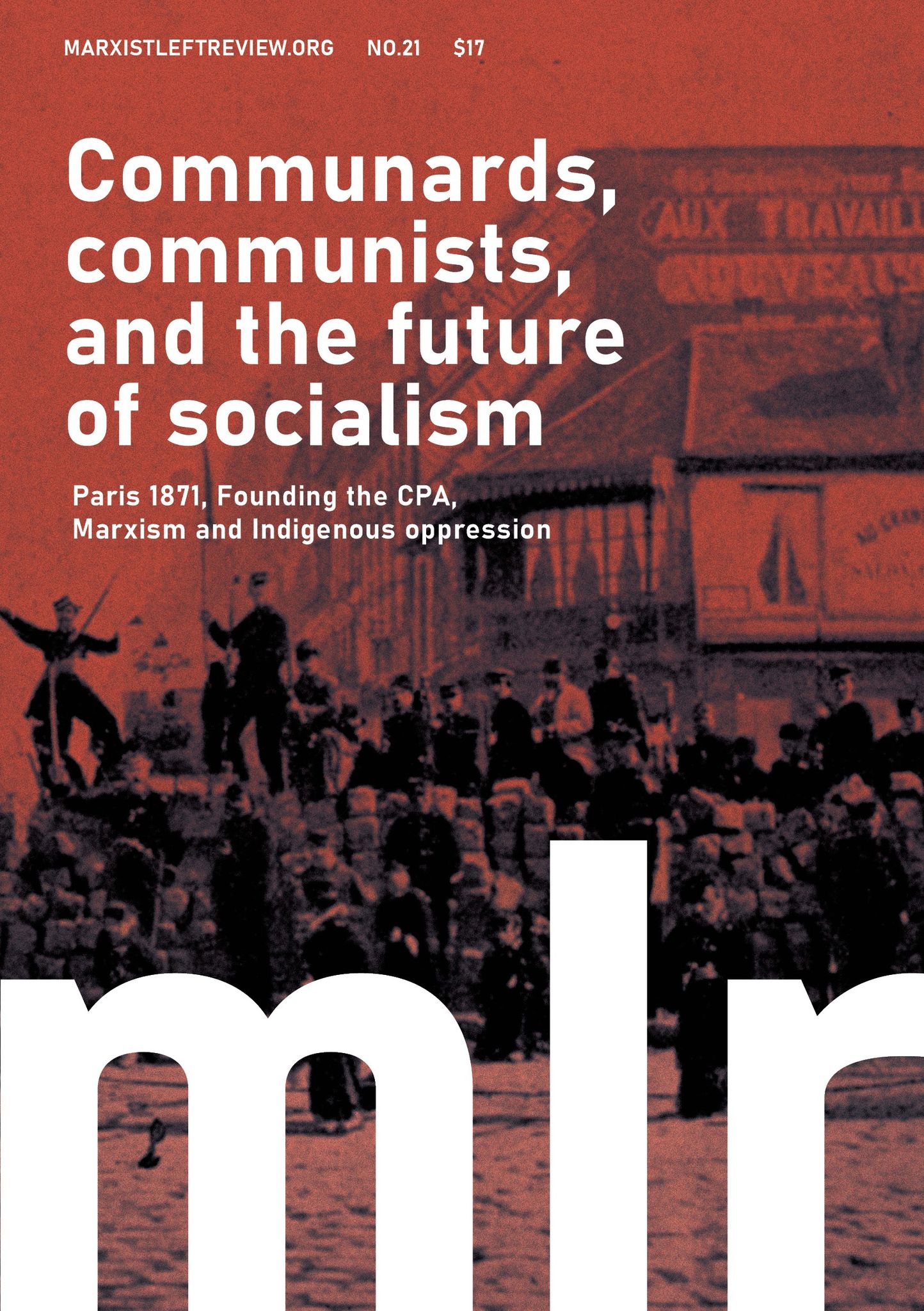 Brian Toohey’s Secret reveals a sordid history of over 70 years of Australian secrecy, spying and surveillance, from the Australian Security Intelligence Organisation (ASIO)’s Cold War hunt for “communist sympathisers”, to Liberal Prime Minister Scott Morrison’s world-first legislation allowing authorities to “add, copy, delete or alter” data forcibly taken from our devices. Toohey details a plethora of terrible crimes carried out by the Australian state under the cover of secrecy and concerns for national security. He argues that Australian politicians’ undying commitment to secrecy has not made the public safer, as is often claimed. It has only drawn a veil over the government’s more sinister actions and criminalised anyone who speaks out about them.

Australia let Britain explode nuclear bombs in the Australian outback during the 1950s and ’60s, exposing 35,000 uninformed soldiers, and the wider public, to nuclear fallout. Indigenous locals were not even told the tests were happening on their land, nor that they lived near the blast sites. In those same decades, Australia allowed the US to build bases capable of spying on most of the world and starting a nuclear war. Since the 1980s, politicians have handed unchecked power and funding to ASIO and the Australian Federal Police. Agents of the Australian Secret Intelligence Service (ASIS – Australian spies abroad) conduct espionage against our poorest regional neighbours for commercial gain.

Several chapters of Secret are devoted to the years of the Whitlam Labor government of 1972 to 1975. Toohey sketches a history which contradicts the usual liberal fawning over Whitlam, although Toohey himself can’t help but fawn on occasion. Left-wing agitation within Labor and in broader society led Gough Whitlam, who had been to the right of most party members on issues like the Vietnam War, to include a series of popular promises in his electoral program. One of these was to “tell the public, in general terms, what Pine Gap and Nurrungar [US military bases in Australia] did” (p85). But Whitlam and his cabinet “immediately after the election…accepted without protest the advice of…[Secretary of the Department of Defence] Tange, that the need for extreme secrecy” meant Labor should abandon its commitment on the bases (p85). Whitlam also turned his back on popular opposition to the base at North West Cape, which the US could use to start a nuclear war.

Despite praise for Whitlam, Secret may be read as a searing critique of Labor, which has been just as likely as the Liberals to gift new powers to the federal police and ASIO, arrest whistle blowers and send Australia to war. Toohey’s history underlines the extreme hawkishness of recent Labor leaders like Kim Beazley and Julia Gillard. He quotes Gillard’s adulation for Australia’s brutal colonial wars, and her promise in 2005 that Australian troops would stay in Afghanistan for “at least another decade” (p288). Beazley’s name surfaces again and again. He has spent three decades arguing for a close military relationship with the US and has furiously defended America’s right to launch nuclear missiles from its Australian bases.

Toohey smashes much of the mythology about a kind, rational Australian foreign policy based on respect for treaties, democracy and human rights. It is almost comical how little Australia’s actions conform to the image of a “rules-based order”. In the mid-1970s an American company sold a telecommunications system to Indonesia, but “built a near-identical ground station at Shoal Bay [NSW]” (p30) to allow the American and Australian signals organisations (NSA and DSD) to intercept everything the Indonesians sent via satellite. The company “did not tell its Indonesian customer about this side deal”. This hostility towards Indonesia did not stop Whitlam from making what Toohey calls his “worst foreign-policy mistake” (p158) in 1975, when the Australian government condoned and supported Indonesia’s plans to invade Timor.

A central point in Secret is that “Australia has surrendered much of its sovereignty to the US” (p189), viewing Australia as hapless victim of its “bellicose ally” (p146). Toohey believes that a faithful adherence to the ANZUS treaty would prevent Australia being dragged into another American war. However, his own evidence shows that Australia was never dragged. Toohey notes that Australia “has not been invaded since 1788” (p328) but has enthusiastically thrown itself into and campaigned for wars, even when Britain or America have been reluctant either to receive Australian troops or to go to war at all. Australia has always sought to expand its power in the Asia-Pacific region, attaching itself to a super-power – first Britain and then the US – which can help it achieve this.

Tom O’Lincoln’s short book The Neighbour From Hell provides a more powerful explanation for such behaviour than can be found in Secret. O’Lincoln paints a picture of Australia as an imperialist state, whose core objectives of “stability and security for profits and trade routes” make a strong alliance with America essential.[1] Journalist Paul Kelly describes Australia’s contribution to the American alliance as “clever, cynical, calculated” and Australia itself as “a junior partner skilled in utilising the great and powerful in its own interest while imposing firm limits upon its own sacrifices”.[2]

At times Secret provides a fascinating insight into the interdependent, though often fraught, relationship between the American and Australian states. A vehemently anti-Labor CIA official, James Angleton, worked with ASIO staff to try to topple Whitlam in the early 1970s, although this says less about any genuine danger Whitlam posed to American interests and more about the inherent paranoia of secretive institutions like the CIA. As chief of counter-intelligence, Angleton accused several foreign leaders of being KGB agents and was sacked in December 1974 for his “wild accusations of treachery” (p162). While not the ultimate kingmakers of Australia, American officials have shown intense interest in the country’s internal politics. The CIA even used undeclared “labor attachés” (p180) to infiltrate the leadership of Australian unions and parties for decades during the Cold War. This obvious breach did not disturb most Australian officials and politicians, who preferred the CIA to communists.

The format and style of Secret renders it a less compelling book than the fascinating subject matter deserves. Consisting of sixty article-length chapters, Secret lacks any chronological order and its thematic structure feels disorganised and unsystematic.

Toohey’s focus on certain episodes has more to do with his personal involvement as a journalist than their historical importance. Half a dozen chapters are devoted to a feud between Toohey and his old foil Arthur Tange, head of the Defence Department during the Whitlam era. Meanwhile, Toohey has surprisingly little to say about the massive expansion of the security state in recent years, devoting a mere six pages to the slate of 75 anti-terror laws introduced by the Liberals and Labor since 2001. The tendency of Secret to flit between archival research and the excavation of old grudges is of little benefit to the reader, and gives the impression that the personal predilections of figures like Tange are responsible for the outrageous powers of the modern security state.

Despite these criticisms, it is hard not to admire a liberal journalist who has been thoroughly committed to “the public’s right to know” for over 50 years. Most of today’s journalists and reporters have no such backbone. Toohey pours scorn on the supposedly liberal Australian media, pointing to Four Corners’ role in uncritically promoting Howard’s claims that Iraq had weapons of mass destruction. He mocks the recent cowardice of ABC journalists who refused to publish any papers stamped with “national security” (p235) from a potentially revelatory pile of leaked Cabinet documents.

The SAS stands accused of war crimes and ASIS was found to have bugged East Timor’s Cabinet room.[3] But in Australia, only speaking out about these acts is considered a crime. When the Australian security state has given itself the power to jail whistleblowers, kidnap Muslims and raid the homes of unionists and reporters, there has never been a more pressing time to blow the lid on government secrecy. Toohey’s remarkable history is a worthy contribution to that goal.

Why the Australian state supports Israel so stridently

Vashti Kenway looks at why Australia is so close to Israel.
Read More →

Review: Gordon Childe and the fatal lure of politics

Vashti Kenway challenges the idea that the camps on Manus Island and Nauru are a departure from the norm in Australia, examining the use of concentration camps in Australia from the earliest days of invasion.
Read More →