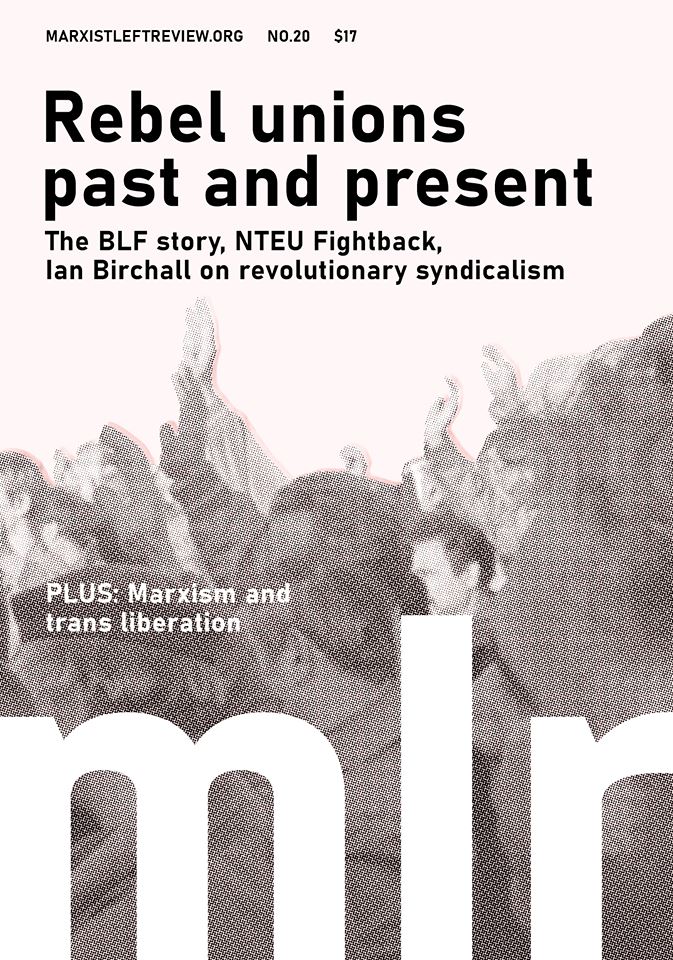 Review: Resistance to the Accord

Liz Ross, Stuff the Accord! Pay up! Workers’ resistance to the ALP-ACTU Accord. Interventions, Melbourne, 2020.

The Prices and Incomes Accord, known as the Accord, between the peak union body the Australian Council of Trade Unions (ACTU) and the federal Labor government of Bob Hawke was signed in 1983. In 2013, 30 years later, union and business leaders gathered at Macquarie University to celebrate its legacy. Standing among former ACTU royalty – Hawke, Bill Kelty, Simon Crean – then-president Ged Kearney addressed the crowd:

The Accord was a highpoint of the political and industrial wings of the labour movement… Both realised they could not repeat the disunity that characterised the Whitlam years and could achieve more by working together even if that meant sacrifice and compromise.[1]

Funnily enough, there were no rank-and-file unionists in the room.

Indeed, workers have no reason to celebrate the Accord. Union membership and industrial muscle plunged during the Hawke-Keating years of federal Labor governments from 1983-1996 and afterwards. Today, striking is effectively outlawed. We owe to the Accord the plummeting of wages as a share of GDP, and the soaring of corporate profits.

Marxist historian Liz Ross’ new book, Stuff the Accord! Pay up!, provides a left-wing answer to the self-congratulations of ACTU officials and Labor politicians. It arms readers with an essential socialist critique of the Accord. Uniquely, it focuses on workers’ resistance in the Accord years, unearthing a hidden history of struggle from which union activists can draw lessons and inspiration.

Ross demonstrates how the Accord was the vehicle for the introduction of neoliberalism in Australia. High strike levels from the late 1960s had brought workers gains. Despite Labor Prime Minister Gough Whitlam’s attempts to make workers pay for the world economic recession of 1974, Australian capitalism failed to deal a counter-blow to unionism that would sufficiently restore profit rates. The class struggles during the subsequent conservative government of Malcolm Fraser (1975-1983) produced a stalemate of sorts. It was not until Labor returned to power, wielding its authority to call for restraint among workers, that corporate Australia could sit comfortably.

Under Labor, unions sold away their right to strike and accepted wage restraint in return for the government’s promises of “social wage and workplace benefits”. As the years went on, and with union officials enmeshed in this framework, the Accord’s proponents turned more explicitly towards “a focus on restraint, profits, productivity and competition” (p15). Over the course of the Accord, wages were cut in real terms. To their shame, the “left” unions controlled by the Labor Left or the Communist Party actively promoted this project of class collaboration. Union officials such as metalworkers’ Laurie Carmichael effectively policed the working class, working to avoid strikes that might upset Accord arrangements. With unions having fitted their own straitjackets, Labor could oversee a dramatic redistribution of wealth from the bottom to the top.

Thatcher had destroyed union power with police batons. Hawke and Keating sought to do so with smiles and handshakes. But Stuff the Accord! will demolish any illusion that they could get away with this without facing serious resistance. Ross documents key disputes of the era, from Cockatoo Island’s dockyard workers to Mudginberri’s meatworkers to Queensland’s electricity workers. Workers repeatedly fought to defend their rights, jobs, wages and dignity, bringing them into direct defiance of the Accord’s strictures.

A definite highlight of the book is the Victorian nurses’ strike of 1986, against the State Labor government. It is one of the longest strikes in Australian working-class women’s history (surpassed only by the tailoresses’ strike of 1882-3). The Accord did nothing to improve the situation of working-class women, despite its advocates’ promises. No one knew this better than underpaid, overworked nurses. As one slogan put it, “Florence Nightingale is dead – so how come we’re still getting her wages?” Rank-and-file militants drove the dispute, orienting to nurses’ mass participation in pickets, marches and efforts to appeal for public support.

A militant strike against a Labor government threatened the Accord framework, and might set a dangerous example to other unions. The ACTU tried to undermine the nurses. Its president Simon Crean “personally attacked the union on several occasions, accusing them of ‘demanding more than was justified’ and advising them to go back to work” (p96). Even faced with this despicable lack of solidarity, the nurses emerged victorious, forcing the government to accept their wages and staffing demands.

The book is filled with such glimpses of workers’ power. As late as 1995, Weipa workers proved how “old school” unionism – striking, picketing, campaigning for solidarity – could bring mining giant Rio Tinto to its knees.

However, the period is overwhelmingly a story of bitter defeats and frustrations. Ross stresses how the Accord destroyed bonds of working-class solidarity built in past struggles. Unions that stepped out of line to defend themselves from the employers’ onslaught were usually isolated and crushed. Basic axioms of union solidarity – for instance, that sections of workers defending themselves helps defend the whole class – were dispensed with, replaced by the portrayal of strikers as “selfish” and “elite sections of the working class” (p18).

The Australian Federation of Air Pilots learnt this the hard way during their 1989 dispute. Hawke set out to crush the pilots’ strike, warning, “It’s a different game this time, boys. You go out and it’s war”. The prime minister declared a state of emergency, summoning the air force to scab on the strike and ensuring a crushing defeat for the pilots. The official union movement, by now loyal pupils of the Accord, “comfortably stood aside and let the pilots fall on their sword” (p180).

The deregistration of the Builders Labourers’ Federation (BLF) – Australia’s most radical union in living memory – was perhaps the Accord’s most heinous chapter. The slogan “Dare to Struggle, Dare to Win” exemplified these workers’ willingness to strike and win into the 1980s. From the perspective of the neoliberal Accord, the BLF had to be smashed. The gloves came off, with Hawke declaring to his cabinet, “We’re going to smash those bastards”. Struggling for their very right to a union, the builders labourers were mercilessly repressed. Union offices were raided, unionists arrested. The BLF had trounced the powers that be in the past. But this time, pro-Accord unions such as the Building Workers’ Industrial Union were decisive in the destruction of the BLF.

Unionists ought to study these defeats. As Ross’ book makes clear, deference to the Labor Party, to draconian anti-strike rules, and to our own conservative union leaders is fatal. Today’s union officials are children of the Accord, by and large experts in spineless capitulation. At the time of writing, the leadership of the National Tertiary Education Union (NTEU) exemplifies this. With COVID-19 tearing apart the neoliberal model of higher education (due to a decline in high fee-paying international students) and the government refusing to provide necessary funding, university workers face the prospect of unprecedented attacks on their working and living standards. The NTEU’s national executive immediately began collaborating with universities to alter enterprise agreements, offering to hand away hard won workers’ conditions. This concessionary strategy, initiated in secret and then sold to members, is supposed to guarantee “a strong union role in managing the introduction of any cost-saving measures”.[2] This epitomises the legacy of the Accord: don’t fight “cost-saving measures”, instead find a seat at the table when they are introduced. The rank-and-file revolt against the NTEU leadership’s strategy offers a glimpse of the alternative: a recognition by workers that if we don’t fight, we will lose for sure.

Rebuilding union power will require a daring defiance of calls for industrial passivity and self-sacrifice. It requires an ideological fight within the union movement. Stuff the Accord! is first and foremost a contribution to this fight, and should be read by anyone who wants to reverse the present crisis in trade unionism.

The Australian economy in the 1980s

Tony Belcher examines the Australian economy during the 1980s, arguing that the Australian capitalism was in a weak position going forward.
Read More →

The Accord and the state of working class organisation

Tom Bramble reviews the weakened state of workers' organisations in Australia after a decade of the Accord.
Read More →

Our unions in crisis: how did it come to this?

Tom Bramble, drawing on decades of research and active involvement in the labour movement, argues that 35 years of passivity and class collaboration rather than an emphasis on militant, class struggle unionism is the core reason our unions are in crisis.
Read More →