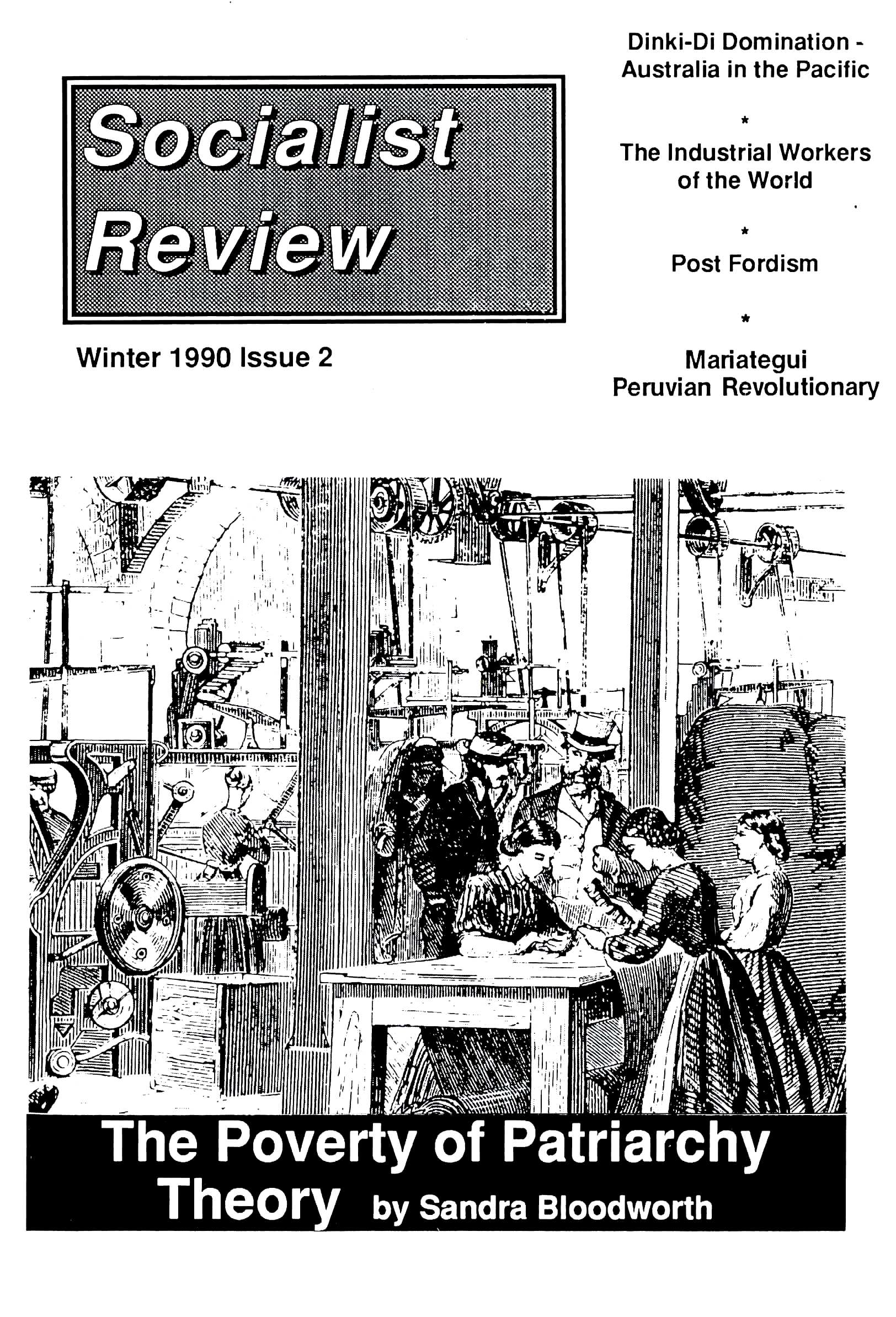 With the events of Eastern Europe rocking the world both East and West there could be no better time to launch a new Marxist journal. The theoretical arguments and politics of this journal will be based on the ideas and traditions developed by Marx and Engels, Lenin, Leon Trotsky, Rosa Luxemburg and Antonio Gramsci. In other words, it will defend the idea that socialism can only be created by a revolution which brings the working class to power. We will argue that revolutionary Marxism is still relevant today for anyone who wants to see capitalism destroyed and replaced by a society of human liberation.

We say this with confidence, because the events of Eastern Europe of the last year have, we think, confirmed our analysis of these societies as bureaucratic state capitalism. The tendency with which the ISO identifies has argued for many years now that these societies would at some point suffer the crises so endemic to capitalism. As well, the constantly recurring combativity of the working class around the world, for example in South Africa, South Korea, EI Salvador and more recently in Britain, to name a few, demonstrates that the chances for socialism can not be written off.

Nevertheless the situation in Australia today, one of an industrial and political downturn, is difficult for revolutionary socialists. The period of Labor in government has continued the shift to the right in politics which began in the mid-seventies. Their talk of class collaboration encapsulated in the Accord has served to deepen the level of passivity in the working class. Consequently we have seen the decline of the social movements and a low level of involvement in politics throughout society. The left has not been immune from these pressures. Our own organisation suffered a split in 1985 as we thrashed around searching for answers to the question “what is to be done?” Happily, we have this year healed this breach, reuniting the International Socialists and Socialist Action.

We see our main task as attempting to build an organisation committed to the politics of revolutionary Marxism. Central to that is re-establishing the real Marxist tradition. This will mean debates with and polemics against other ideas which have become popular today, largely as a result of the right wing climate in society. So this time we take issue with the theory of patriarchy, we argue that, contrary to the analysis of much of the left, Australia is not an oppressed nation, but an imperialist country in its own right in the Pacific region. And we take up the ideas which defend the Labor Party’s strategy and downgrade class as fundamental to an analysis of capitalism and the way forward.

These will no doubt be recurring themes, but we will also assess the history and traditions of the working class movement, e.g. the IWW and the article on Mariátegui, and try to draw lessons from them.

Because we want to use this journal to clarify our own ideas and hopefully influence others, we are keen to receive contributions from other socialists with opposing views, for example in reply to articles we write ourselves. We are especially interested in debates within Marxism. Please contact us if you are interested in contributing, for details of deadlines and technicalities about publishing. This is the second issue and we hope to publish about every six months, resources permitting.