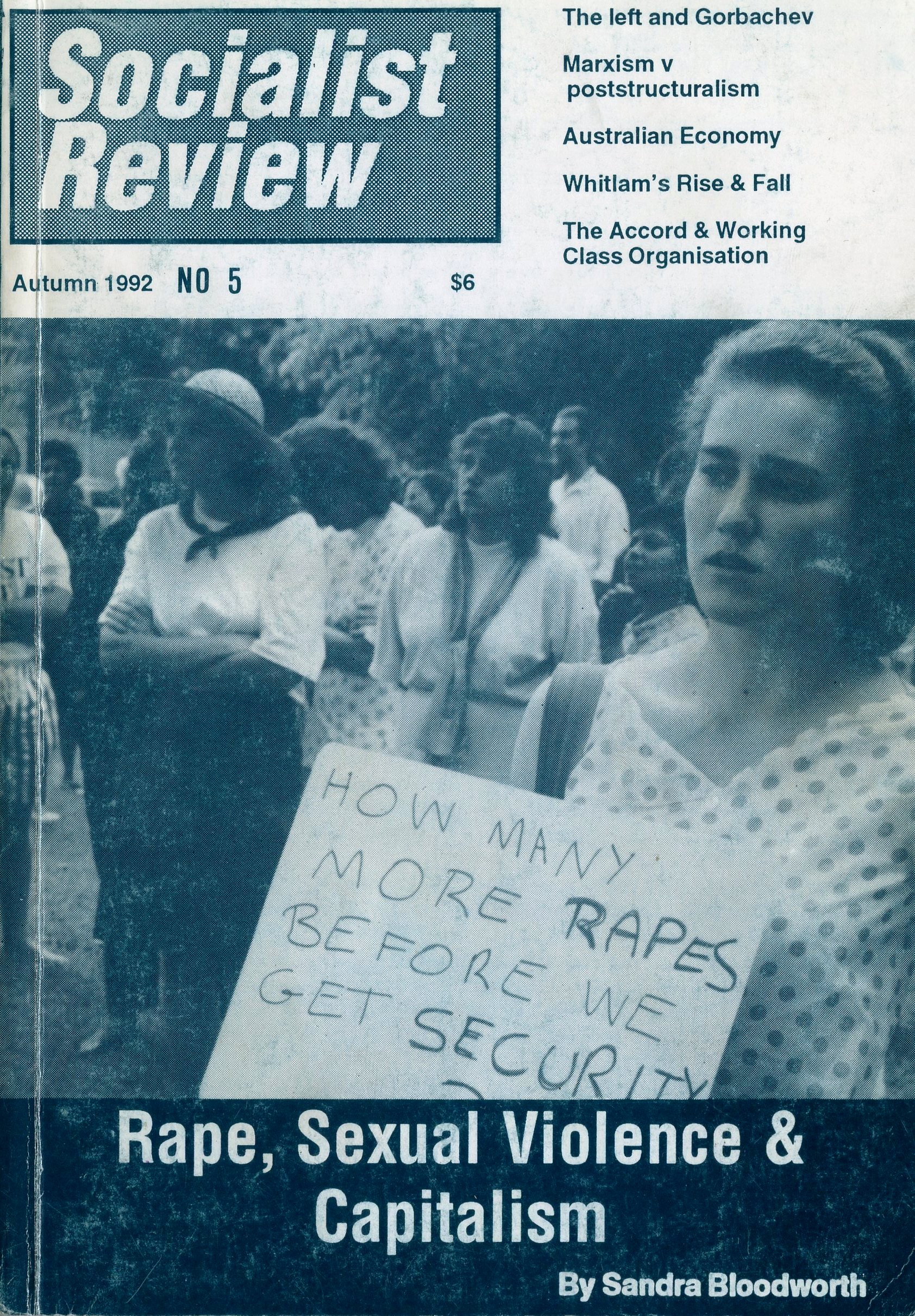 One of the purposes of Socialist Review is to explain the changing nature of capitalism. In this issue, the article on violence against women looks at developments under capitalism which have affected women’s lives and views of sexuality. The availability of contraception and the entry of women into the paid workforce in unprecedented numbers made possible the separation of sex and procreation. The “sexual revolution” appeared to offer women new-found freedoms. However it did not end with liberation, but gave rise to contradictions between the expectation of more independence, more rights and dignity, and the reality of discrimination and the portrayal of women’s bodies as sex objects in advertising and the ever-expanding pornography industry. This plus the concerns of many women’s groups have over the last decade led to an increasing emphasis on violence against women. The article reviews some of the most influential books of the past fifteen years and several published in 1991 which have attempted to theorise the causes of such violence and the oppression of women. It offers a Marxist alternative to the theories of patriarchy which influence them, situating violence against women in the social relations of capitalism.

This journal welcomed the collapse of the Stalinist tyranny in Eastern Europe as a blow against one of the major blocs of world capitalism. But for many on the left it has led to pessimism and even a rejection of socialism itself. Robert Bollard summarises the confusions and theoretical inconsistencies which distinguish most of the left’s response to these historic events beginning with Gorbachev’s glasnost and perestroika in order to show the importance of the analysis of those states as state capitalist to make sense of the new world order and maintain our bearings.

The article on the Australian economy in the eighties by Tony Belcher, Tom Bramble’s on the Accord and Tom O’Lincoln’s on the Whitlam government contribute to our understanding of the effect of Labor in government on the working class movement and the prospects for the nineties. Many workers and leftists have had their hopes in Labor shattered by the attacks on working conditions, wages and social services. Nevertheless, the Whitlam government seems to be an example of a more benevolent, reforming government which provides a model for a real Labor government. These articles situate the two governments in the different political and economic climates in which they came to power, showing that in the end Labor always rules in the interests of capital and that economic crisis is the result of capitalism, not simply the consequence of individual policies. If socialists are to relate to trade unionists and the consequences of the Labor government, we need to fully understand the points they make.

On a different note, Tony Sullivan continues the argument against poststructuralism, begun in part one in Socialist Review 3. He examines the ideas of Saussure, Derrida and Foucault and shows how Marxists can gain insights from Freud. He rejects the idealism and pessimism of the poststructuralists, outlining the Marxist materialist method which underpins our commitment to the fight for workers’ power.

Thanks to Robert Bollard, Tom O’Lincoln and Mick Armstrong for assistance in production of this issue.

Sandra Bloodworth introduces the contents of the third issue of the journal.
Read More →